The 2022–23 recipients of the University’s Peter Morgenstern-Clarren ’03 Social Justice Award were declared in May 2022 and then announced in a campus-wide email on June 8, 2022. Faculty recipients were nominated by the University students, while student recipients were required to write an application essay explaining their involvement on campus. Lee found out about this opportunity in an email from Class of 2023 Dean Jennifer Wood and was inspired to apply due to her extensive involvement on campus.

Rosario was nominated by Erin Byrne ’24, who got to know him while working as a senior production assistant for WesWorks in the fall semester of 2021, as well as through his work as a union representative for campus maintenance workers. In his nomination letter, Byrne noted that Rosario is a vital and enthusiastic member of the university community.

“During the production process, I followed Victor several times and gained a deep appreciation for the sweat and pride that emanates from his work,” Byrne wrote in his nomination letter. “Particularly during the pandemic, it was difficult and necessary to constantly keep common areas on campus clean, and Victor helped me realize how much work there is in something so vital. Victor stands up for his peers and always has a friendly smile to share with me as I walk around SciLi while he is working.

David was named by AAdministrative Assistant for the Office of Equity and Inclusion Evelyn Bozeman and is a material handler for the plant’s physical facilities. Likewise, he was nominated for his enthusiasm and passion.

“[Nick] is a customer-oriented person who is always ready to help students and staff when requested and does not require his customers to be put on a waiting list if he is able to make small sacrifices to make it happen,” said writes Bozeman in his nomination. letter. “Over the years he has been a great help at the start as well as throughout the academic year. Often his efforts go unrecognized because he provides excellent service because he loves what he does.” 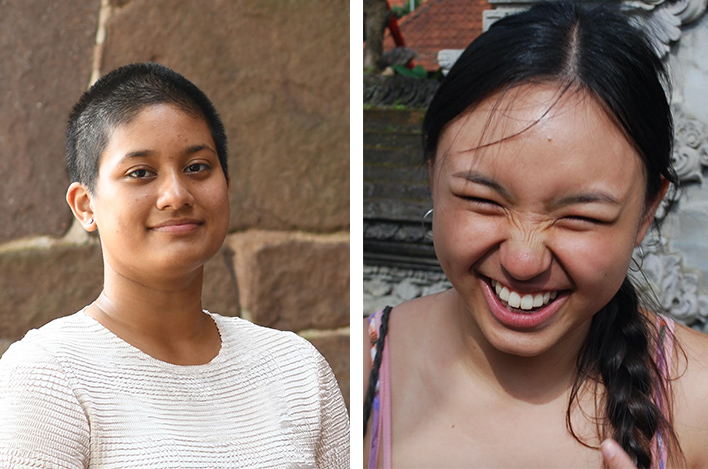 Lee, who was previously house manager for Light House and helped lead the Wesleyan Union of Student Employees (WesUSE) organization, is currently a WesWell student intern and leader of Wesleyan Christian Fellowship. She explained that she wanted to be involved on campus because she recognized that the communities she was involved in received less access to resources than other communities on campus.

“My other good friend who was the president of the Muslim Student Association spoke about the disparity of resources received by Muslim students, and then I realized that all of these experiences … also reflected the communities I was part of,” said Lee. . “It was then that I realized there was a lack of resources at all levels for student affairs that are not related to academics. So I got more involved in my communities and told them that this is happening in other spaces on campus and that we should do something to stand up for ourselves in order to get the resources we need.

Wong’s acts of service stemmed from his involvement with the International Student Advisory Board (ISAB), the Gordon Career Center, and the Office of Residential Life (ResLife). Through ISAB, Wong championed international students at Wesleyan while simultaneously highlighting broader institutional issues. Wong joined ISAB in her first year as a board member and later became co-chair of the board at the end of her second year.

“I think in the beginning it was more about diagnosing or assessing the kinds of issues that international students were facing,” Wong said. “Then by the time spring came we were sort of gearing up to implement solutions, but then COVID hit and the combination of having to deal with a global pandemic on top of intense anti-immigrant sentiments of the Trump administration [which] was a, you know, [sarcastically] delicious combination of factors that have contributed to deep anxiety and insecurity within the community.

During his tenure on the board, Wong helped hire new people to fill positions in the Office of International Affairs. Wong and his peers also launched the International Buddy Program in the summer of 2020, which connected incoming freshmen with existing students to offer friendship, mentorship and cultural support during difficult times.

Through the Gordon Career Center, Wong found connections between international student issues and career development. One example she pointed to was legal limitations that prevented international students from working between semesters or working more than 20 hours per week.

Through ResLife, where she worked as a house manager for Womanist House, Wong realized that there was a lot of disproportion when it came to low-income students of color within the ResLife office. Wong worked with Lee and a few other colleagues at ResLife to form WesUSE, the first voluntarily recognized undergraduate student union in the United States.

Lee encouraged students who want to be more active on campus but aren’t sure whether or not they can have an impact to be open to the different ways impact can manifest on campus, such as in community building.

“I feel like measuring impact can be useful, but most of the time it’s not as useful as it sounds,” Lee said. “I think there’s an element of narcissism that comes with measuring the impact of the work you do, and you should focus more on building the community and your place within that…. I would say that term is also very vague, ambiguous and subjective.

Additionally, Lee pointed out that while time can be a constraint that limits students’ ability to get involved in activism and organizing, it shouldn’t discourage people from getting started.

“If there’s a hurdle, it would definitely be time, commitment, and effort,” Lee said. “I recognize that not everyone at Wesleyan prioritizes activism as a central part of [their] student experience. And that’s fine, but that doesn’t mean it’s not your priority, that you don’t have the agency and the power to do something about it…. [It] it just comes down to talking to people, recognizing trends, and having open discussions so you start mobilizing.

Wong’s advice to students who want to become more active and civically engaged on campus was to overcome any possible anxiety by avoiding overthinking.

“I feel like Wesleyan is a very hyper-liberal campus and it creates a kind of fear maybe doing things that might be perceived as wrong, but you know…it’s a little too dark and white, I think,” Wong added. “And I think overthinking just keeps people from taking action or it creates a sense of complacency where people are waiting for someone else to do it…. If you see the problem right in front of you, you might as well do something because if not you, then who?”

In the end, Lee wanted to reiterate his thanks to the Morgenstern-Clarren family for funding this award. Wong echoed that gratitude and encouraged interested students to pursue civic engagement.

“I think a lot of good things are happening on campus, so get involved!” Wang said.

Kat Struhar can be reached at [email protected]

Gabrielle McIntosh can be reached at [email protected]